Summary
What does it do?
Ingredients
Preparation
How to use it?
Precaution
In the media
Reviews
Summary
Best before date:

Having thinning or graying hair can adversely affect your life in several ways. For starters, your self-esteem may suffer. You could be passed over for a promotion or not get hired for a job because another candidate has a thicker set of hair. You could also get rejected by someone you're attracted to. Whether unconscious or intentional, baldness discrimination is a fact of life. Having thinning or graying hair can make you feel drastically less confident or even discouraged.

If you want to thicken hair or darken hair, the natural way, HairVive™ may help.

Hair loss and graying hair are caused by several factors, the most common of which is attributable to the ageing process. HairVive™ is appropriate for those who have had their hair thin over the years or turn grey because of aging and stress.

HairVive™ is based on a traditional Chinese herbal remedy over 1,000 years old. This traditional Chinese herb that's been enormously popular over the centuries for its anti-aging benefits is called 'He Shou Wu,' which literally means "Mr. He Hair Black." Legend has it that Mr. He restored his vitality, sexual potency, and youthful appearance by taking He Shou Wu centuries ago.

According to Traditional Chinese Medicine (TCM) theory, He Shou Wu (Polygoni multiflori, Fo-Ti), in its processed form, supports and strengthens Liver and Kidneys. Liver is the source for blood. Liver Blood nourishes the head, hair and scalp. Kidney is the source of Jing or life essence and keeps bones strong and fortifies bone marrow. Therefore, He Shou Wu may stimulate hair growth, keep hair dark, and support graceful aging and general wellbeing.†

Mulberry fruit influences Heart, Liver, and Kidney channels, tonifies blood and enriches Yin energy. This superfood is touted by health celebrities for its many health benefits.†

Several published human clinical trials have supported the traditional use of He Shou Wu as an effective all-natural hair growth herb, that offers other important anti-aging benefits as well.†

In studies with aging mouse models, He Shou Wu was shown to lower total cholesterol and triglyceride levels, in addition to reducing brain pathological changes. It has also demonstrated the ability to support learning and memory.†

Goji berry has shown a wide range of health benefits in studies that improve general well-being and anti-aging.† The primary active components of Goji berries are polysaccharides.

Ingredients
A proprietary blend of water extraction of

Other ingredients: .
We use as little fillers/binders as possible which together amounts to % of the tablet weight.

Purity & Strength You Can Depend On
HairVive™ is made from authentic Chinese herbs of premium quality. We use a proprietary extraction technology that optimizes the unique properties of each individual herb to maximize the extraction of active ingredients and minimize the use of fillers. We are able to generate extracts concentrated by a factor of 5 to 15 times, which means 1 gram of our extract is equal to the strength of 5 to 15 grams of raw herbs. This is a concentration ratio hardly achieved by others in the field.

To further maintain the purity of HairVive™, we introduce as little fillers as possible to the extract during the encapsulation process. Only 2% silica is used as a flowing agent. In the market place, dietary supplements often contain a long list of other ingredients.

HairVive™ is guaranteed to be not adulterated with pharmaceuticals. It contains no artificial flavor or color, and no gluten. Heavy metal contents are tested for compliance with the standards set by US Pharmacopeia.

All Natural & Vegetarian
All of the components in HairVive™ are natural, down to the veggie capsule shell. Even the extraction process itself is carried out with water as the solvent. 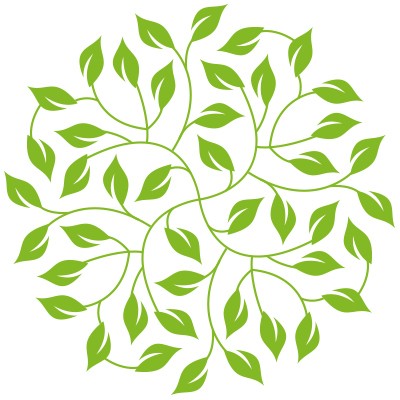 Take 2 capsules 2 to 3 times daily. The dose can be doubled for maximal results.

As the herbal formula is a mild tonic and acts slowly, results may not be noticeable within 3 months, it is suggested to take it for 3 months in full dose as the first regimen. The dose may then be reduced.

HairVive has been safely used with few adverse effects or contraindications when it is used as directed..

In the media
Reviews
Disclaimer: Product reviews solely reflect the views and opinions expressed by the contributors and not those of ActiveHerb and are provided for informational purposes only. ActiveHerb does not verify or endorse any claims made in these reviews. Please read the full product reviews disclaimer.
These products are dietary supplements and are not intended to diagnose, treat, cure or prevent any disease. Reviews are not intended as a substitute for appropriate medical care or the advice of a physician or another medical professional. ActiveHerb makes no warranty or representation, expressed or implied, as to the accuracy or validity of the information contributed by outside product review submissions, and assumes no responsibility or liability regarding the use of such information. The information and statements regarding the dietary supplements have not been evaluated by the Food and Drug Administration. If you have a medical condition or disease, please consult your healthcare provider. Do not attempt to self-diagnose or treat any disease or ailment based on the reviews.